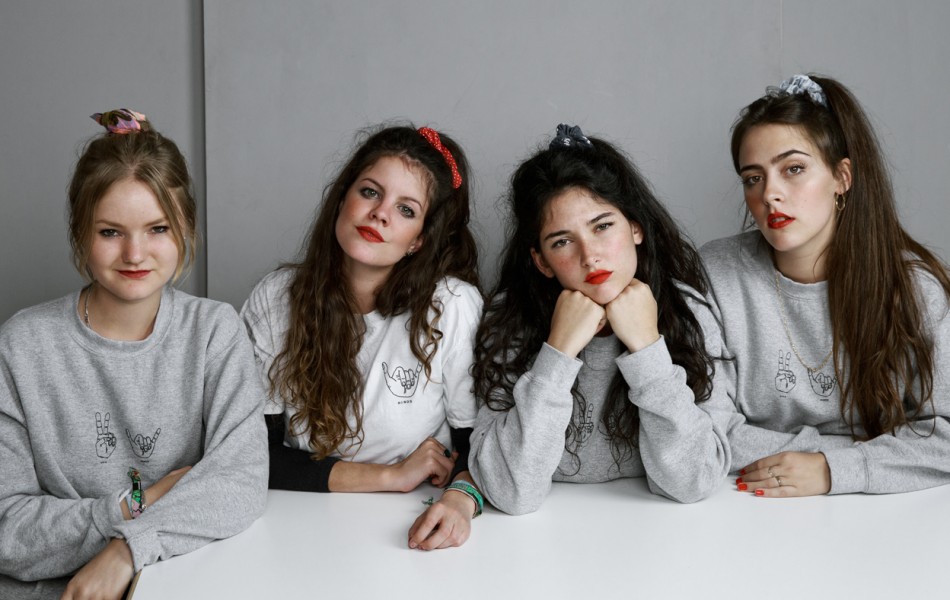 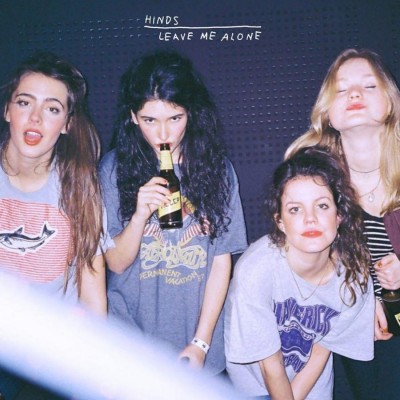 If you haven’t heard of Madrid’s female indie pop quartet Hinds then where have you been over the last 12 months. 2015 was indeed a dominant year for the four-piece, formerly known as Deers. Sold-out headline shows across the UK, Europe and US, explosive festival performances worldwide and capturing people’s hearts everywhere they went. They’ve even made a video game (HINDS 20000 DELUXE VIDEOGAME), how cool is that?

Single releases including ‘Bamboo’, ‘Chili Town’ and ‘Garden’ have also been lauded by press alike, further adding to the group’s breakthrough year. Now we enter 2016 and Hinds present their debut album Leave Me Alone, out this week via Lucky Number.

Right off the bat, Leave Me Alone is not the sharpest or cleanest sounding record; however their raw energy, infectious hooks and playful pop chimes more than compensate for the latter. Inspired by Ty Segall and The Black Lips, Hinds swoop in and take you into their fun loving world that’s happy, bold and defiant.

Songs ‘Garden’ and ‘San Diego’ are insanely addictive, but it’s ‘Warts’ that reveals to be the album’s standout piece. Groovy guitar lines, tamed drums and harmonised vocals all mould together into one big bundle of joy while staying true to the band’s DIY roots.

Hinds and Leave Me Alone go hand-in-hand, it’s their own sound through and through and one to embrace with open arms. After a couple of listens, we have no doubts that you’ll fall in love with their music too.

Catch them live in Bristol at The Fleece on 24th February.